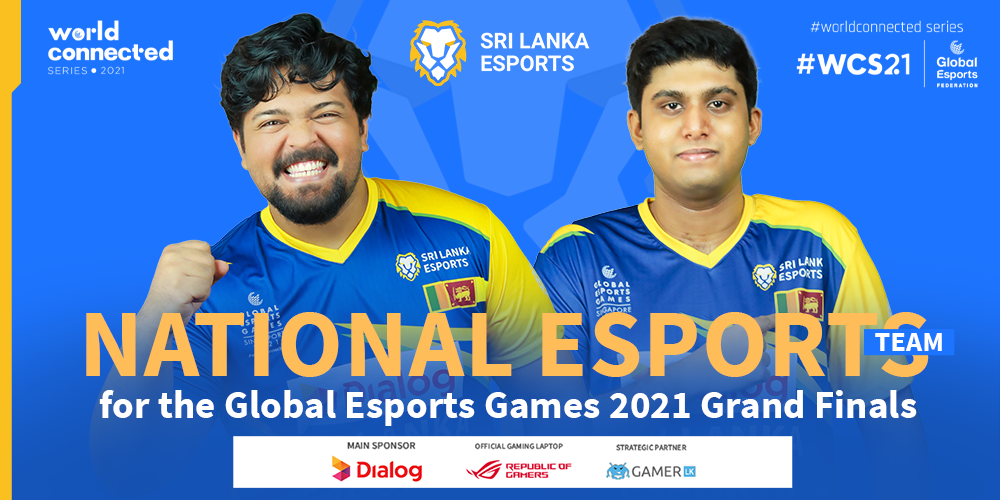 Mohammed Shihab and Malindra Perera, took part in the grand finals of the Global Esports Games 2021 in Singapore where both athletes built connections, attended esports forums and gathered experience for Sri Lankan esports. This was Mohammed Shihab’s second Grand Finals placement in 2021 following just a month after his run at the IESF World Championship.

Backed by the strength of its main sponsor Dialog, Official Gaming Laptop partner Asus Republic of Gamers and strategic partner Gamer.LK, Sri Lanka Esports’ performance at the Global Esports Games 2021 is a significant step towards growth in international esports.

As one of Sri Lanka’s largest telecom service providers Dialog is a foundation for the national esports ecosystem. Dialog’s gaming subsidiary Dialog Gaming, also focuses on cultivating the Sri Lankan gaming and esports environment through competitions and collaborations.

ASUS Republic of Gamers, brings a range of high end gaming laptops to Sri Lanka’s gamers and their partnership ensures our team has access to the best gear to drive their sport.

Gamer.LK has spearheaded the nation’s gaming scene for over 13 years and serves as Sri Lanka Esports’ direct connection to the national gaming community cultivating gamers from all levels.

Despite many setbacks 2021 has been productive for Sri Lankan esports. With many international events on the horizon including the Asian Games where a range of esports titles will be included as medal events, Sri Lanka Esports will continue to groom its athletes to carry our nation from strength to strength.