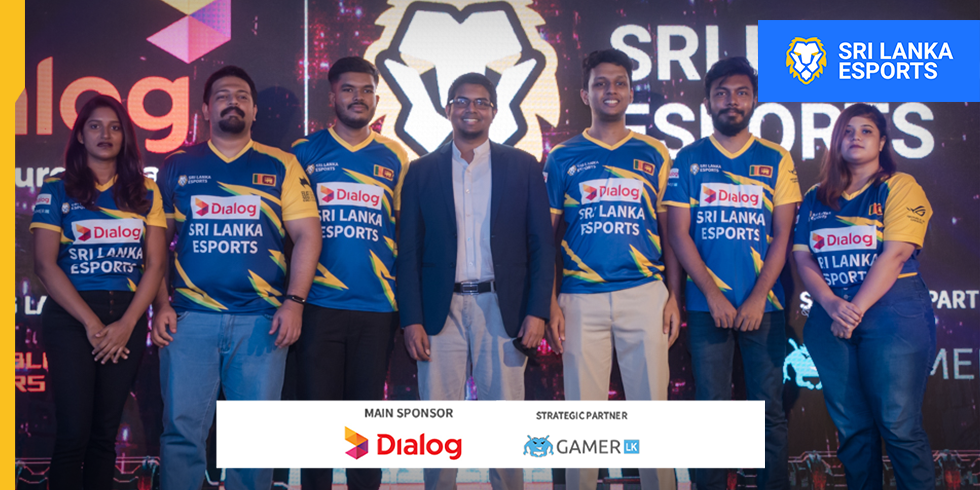 Esports was recognised as an official sport by the Ministry of Youth & Sports in 2019 and has seen rapid growth thanks to the sustained efforts of the Sri Lanka Esports Association (SLESA) – the official governing body for Esports in Sri Lanka. With many international Esports events on the horizon, SLESA will launch the “Sri Lanka Esports Nationals 2022”, the national team selection trials, to choose Esports athletes to represent Sri Lanka at international Esports events. The trials are powered by SLESA’s partners – Dialog, the main sponsor and Gamer.LK, the strategic partner.

The selection trials will take place across several popular Esports titles such as PUBG Mobile, FIFA 21 (PC), Dota 2, League of Legends, Counter-Strike Global Offensive, Mobile Legends, Rocket League, eFootball PES 21, Street Fighter V (PC) and Tekken 7 (PC) as well as titles such as Arena of Valor, Hearthstone and Dream Three Kingdoms 2. Those who make it to the top 3 in each game title will make their way into the National Esports player pool.

SLESA, founded in 2012 by Gamer.LK has established a National Esports ranking system that is regularly updated to recognise the nation’s best players. Alongside the qualifiers of the Sri Lanka Esports Nationals 2022, the top 3 players and teams from each game title in the National Esports ranking system will also make it into the national player pool. The Selection Committee of SLESA will thereafter select Esports Athletes from this pool to form the National Esports team that will represent the nation at the Commonwealth Esports Championship in August, the Asian Games 2022 in September, IESF 2022 World Esports Championship in November, World Esports League and the GEF Global Esports Games in December.

“Esports has been identified as the fastest growing sport in Sri Lanka and the Esports Nationals provides the perfect opportunity for the next generation of Esports athletes to step up,” said Ramesh Liyanage, Secretary of SLESA.

Dialog is the main sponsor of the National Esports team. As one of Sri Lanka’s largest telecom service providers, Dialog is known for their home broadband and wide range of data plans, connecting gamers all around Sri Lanka. Its gaming subsidiary, Dialog Gaming, hosts gaming and Esports competitions and has recently collaborated with local developers to launch MegaPlay, an all-in-one e-Gaming mobile app, featuring a gamut of hyper-casual games.

Gamer.LK, Sri Lanka’s premier Esports company is the Strategic Partner for the National Esports Team. At the forefront of Sri Lanka’s Esports industry, Gamer.LK’s consistent efforts in organising Esports tournaments and activities have caused a rapid growth in Sri Lankan Esports over the last decade.